They are amazing! This app so far has been what our company needs. The team has been by our side the whole time.
Melissa Barron
Accounting Manager

Based in the home of the saguaro, Crest Contractors has been in the solar and roofing industry for more than 30 years. Crest specializes in roof installation, cleaning, re-roofing and repairs. Being the office administrator for a growing and field services business is no small task.

Prior to Timeero, Melissa Baron, the office administrator at Crest Contractors, was managing timesheets using paper and trust. The manual process was getting out of hand for several reasons:

There was no way to know where employees where. They didn’t know if the work crew were showing up to the jobs on time or if they were showing up at all? After all, there had been some reports from customers on their dissatisfaction with work being done. Relying solely on employees an word  was simply not enough.

Excessive time padding - Some of the workers were simply not working the hours they were claiming. Even more challenging was that there was really no way of knowing or verifying the claimed hours worked.

Job costing was tedious - being able to job cost accurately was a problem. The work crew simply turned in hours but failed to allocate hours to the different jobs they worked. This meant the crew had to start guessing how many hours were spent at the different job site.

Messy paper timesheets - The guys were simply forgetting to track their time and jobs worked. This means there was a lot of guessing, amounting to payroll being inaccurate and expensive. What the crew members are good at is building and repairing roofs, not tracking time.

The manual way of doing things was just not cutting it so Crest Contracting decided to embrace Timeero.

Onboarding their work crew couldn’t have been any better. Some of the crew members at Crest were not very tech-savvy so there were video screen sharing calls and even in-person visits by the Timeero team to ensure that everyone was comfortable using the software. Questions about GPS tracking were answered and everyone felt comfortable embracing the new process.

* Reminders to clock in and out - meant no one would forget to clock in and out. With geofencing, guys do not have to worry about clocking themselves in, they get a notification as soon as they arrive at a worksite. Another extra task of their plates!

* Accurate and real-time time tracking - Waiting for them to turn in time cards was a very frustrating experience and even worse some never did. Melissa no longer has to wait for the crew members to turn in their time cards. Now she gets the data in real-time and payroll is a breeze.

*GPS tracking - the guys are all over town working and in the past Melissa really had no idea where everyone was. Now instead of hoping the crew members are where they need to be, she now knows where they are and where they’ve been as well. The Timeero Who’s Working feature tells you everyone who is currently clocked in.

* Photos for proof of work - in addition to tracking their time, and location, team members can now also capture photos to document the work they’ve done. The proof of work is very handy in helping Crest hold their team more accountable and also as documentation against possible false customer claims.

* Accurate labor and job costing - accurately tracking time translates to more accurate job and labor costing. The days of wondering how many hours anyone worked are all gone because they now have a robust system to track and manage all those details.

* Peace of mind - with Timeero, Melissa and her team now have the insights they never had before. Most importantly, she is now freed up from the mundane task of time tracking, and accountability issues that used to take a good part of her week. This means she is able to focus her administration efforts on other parts of the company. 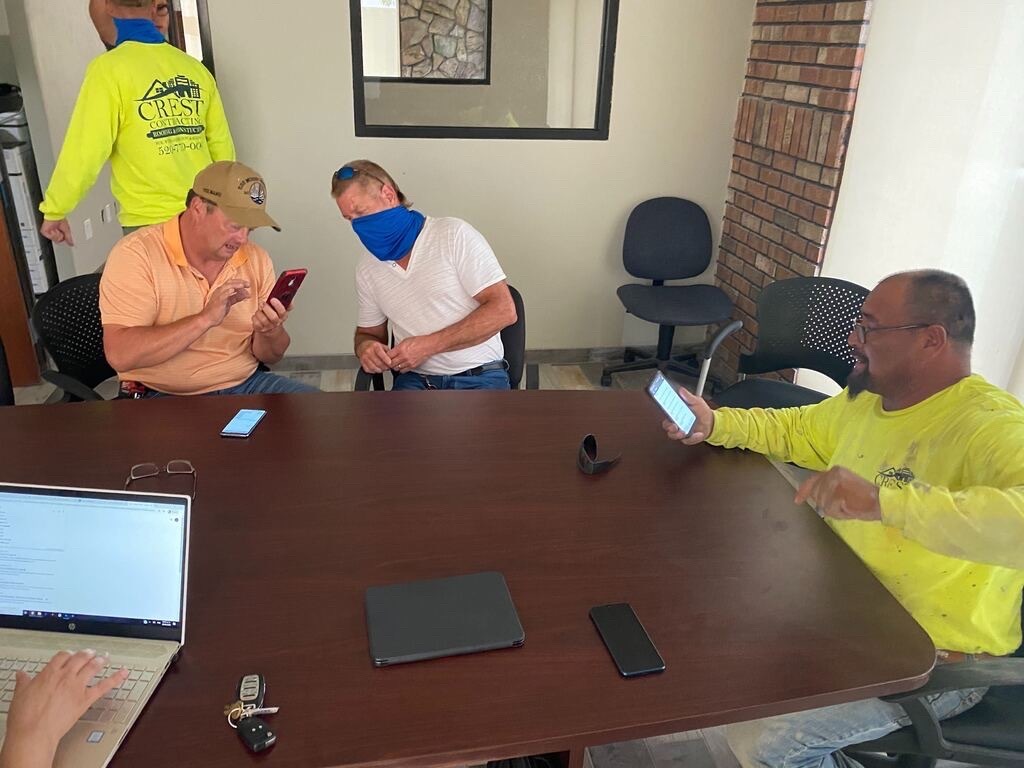 Talk to a human, not a robot.